Poggiano: an ancient hunting residence in the countryside, a distinctive area near Poggio Berni. A strategic place for the expansion of the rising lordship of the Malatesta of Rimini. Its existence documented as far back as the middle of the 14th century.
During the first three decades of the 14th century the fortified castle of Poggiano and the land surrounding it belonged to Elisabetta Malatesti Polenta. There was a high concentration of economical resources for the local community and therefore the entire estate was very attractive to the local dynasties, successors of the property in the past centuries. They believe the successors, after the family Malatesta, to be families Bentivoglio, Montefeltro, Nardini, Della Rovere, Doria, Gonzaga, Medici, amongst others up to recent with the family Tosi (19th Century), a notable local family whose name has long-date identified the property. The Second World War (WWII) and the years that followed led to its deterioration and neglect until the recent restoration affected by the current owners and with the collaboration of the Fine Arts Superintendents.

Today, from a hunting and family vacation residence, the castle has regained its original state as an old, luxurious residence endowed with vast gardens and typical characteristics of the Middle Ages. Today you can admire an adjacent oil mill and a restored antique kitchen, testimony to century-old traditional olive oil. Remarkable are the changes and expansions that have taken place during the centuries; for example, the frescoed little church by the castle (19th century) or the charming 16th century flight of stairs that escort you to the front courtyard, upon which you find the entrances to the "noble" floor of the castle. 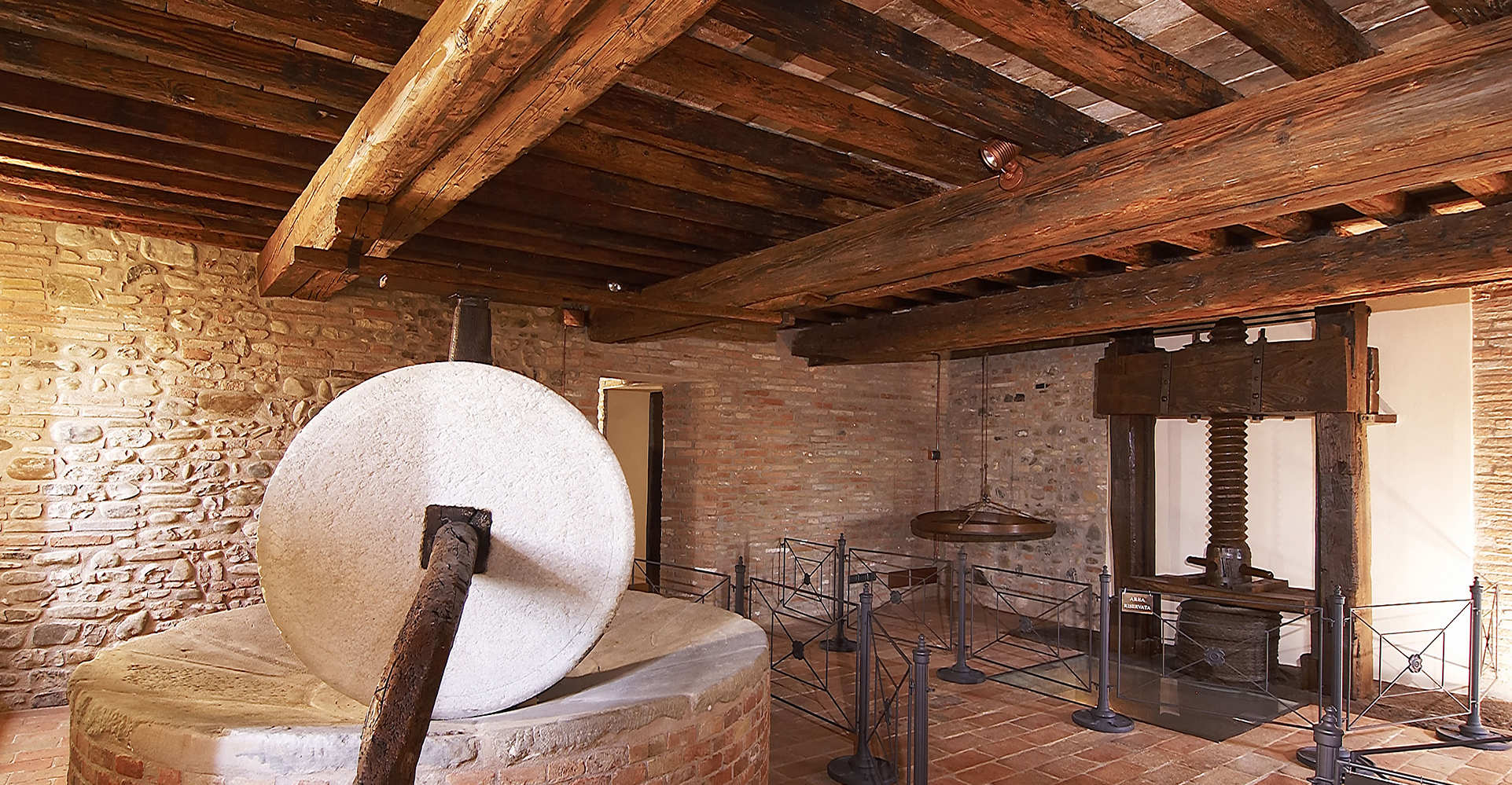 Contact us or request an appointment and filling in the form